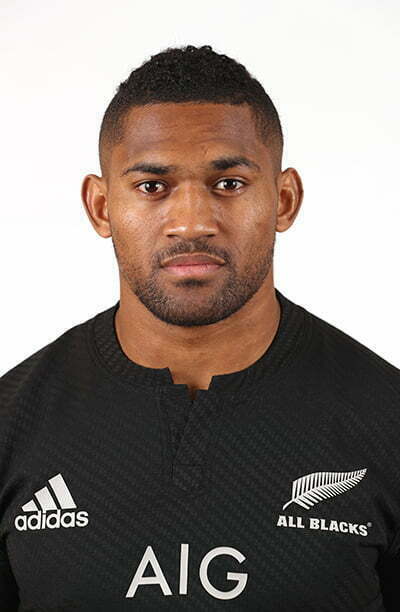 A formidable linebreaker, Waisake Naholo realised the potential he evidenced at a young age, with speed, power and x-factor well-suited to modern rugby.

He made his All Blacks debut against Argentina in 2015, unfortunately injuring his leg in the same match, but recovered in time to play two matches at RWC 2015. Injury again limited his time on the field during 2016 Investec Super Rugby but when he did appear he showed all of his trademark pace and brilliance.

Born in Fiji, by the time he was 18 years old, Naholo was playing provincial rugby. He made his provincial debut for Wanganui in the 2009 Heartland Championship, while still at Wanganui City College. In 2011 he was selected in the New Zealand Under 20 side for the Junior World Championship. Naholo was then called into the All Blacks Sevens squad in 2012.

In 2014, he played in every match for Taranaki and scored nine tries as the team claimed the ITM Cup Premiership. The Highlanders then snapped him up for the 2015 season and he thrived in the southern environment – helping the team to its first title – and was one of the competition’s top tryscorers.