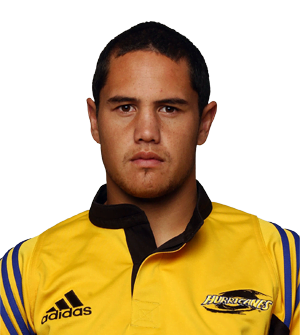 Bryce B. Robins (born 19 September 1980) is a New Zealand-born Japanese rugby union player who plays as a centre for the Munakata Sanix Blues in the Top League and Japan.

On 22 April 2007, Robins made his international debut for Japan against Korea where they won 82–0. Robin was named as part of the Japan squad for the 2007 Rugby World Cup by coach John Kirwan.

In 2003 he also made the New Zealand Māori team to play Tonga, England and Canada, scoring a try in his sole start playing at second five-eighth in their win against the Canadian All Stars.

Robins is the son of 1985 All Black Bryce Robins, a wing who toured with the All Blacks to Argentina in 1985 after initially being selected for the aborted tour of South Africa earlier the same year.